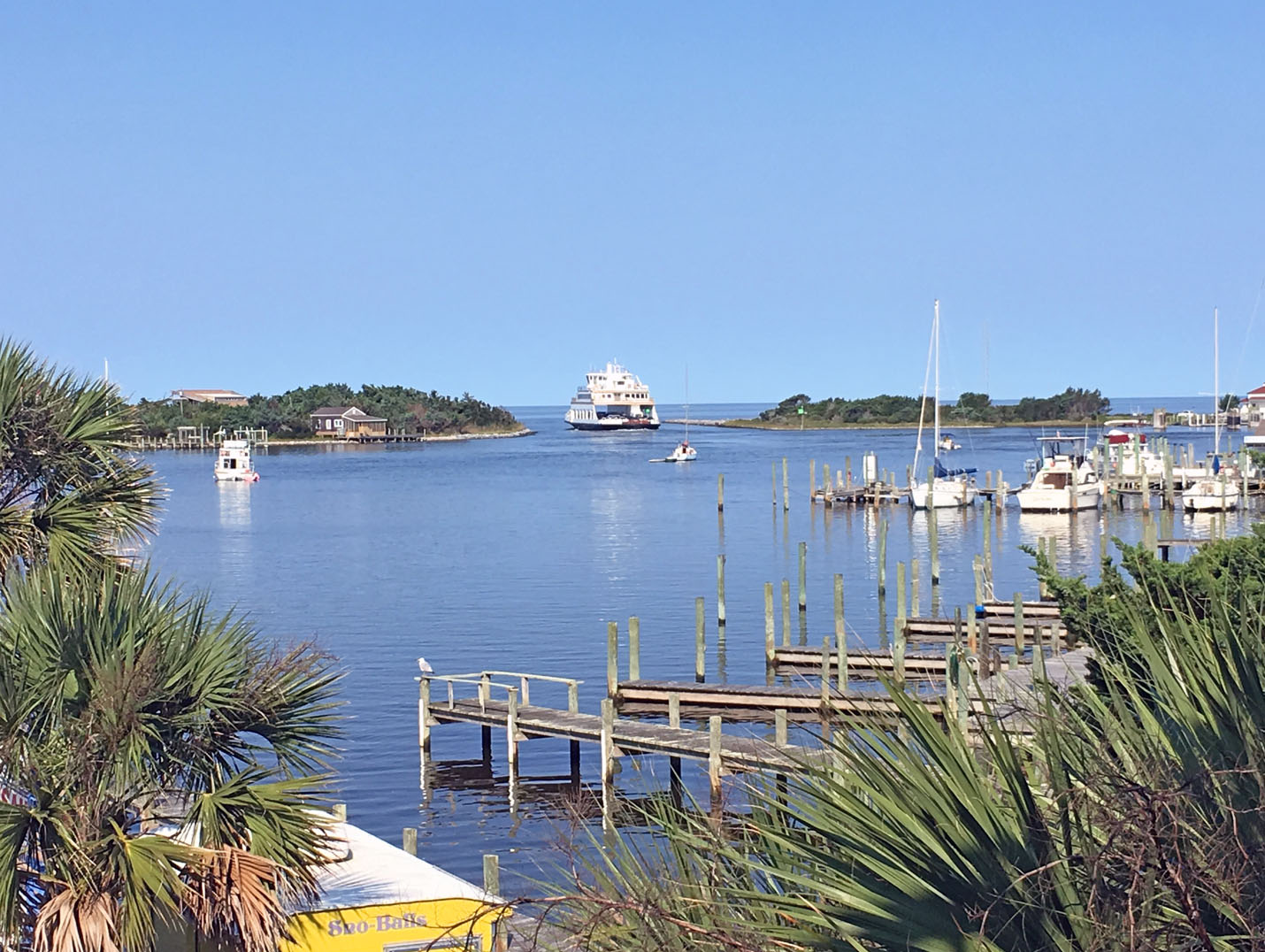 Ocracoke is the far southern end of the Outer Banks. The island’s legend of being home to the infamous pirate Blackbeard is true. Ocracoke Inlet was one the busiest passage used to get goods and people into North Carolina. Now, Ocracoke is known for some of the most pristine beaches in the US. “Dr. Beach” chose The Lifeguard Beach as #1 in 2007. According to his rules, it can’t be #1 again, but it was #2 in 2020 and 2019 and #3 in 2021.

The island is only reachable from one of three ferries operated by the North Carolina Department of Transportation; from Hatteras Island, Swan Quarter, and from Cedar Island. So while you will need to plan for your trip, there are plenty of things to do once you get there. The village itself is small enough to allow you to park your car and walk to restaurants, shops, and sights.

Homes are confined to the village itself, with most of the island managed by the National Park Service. Alan Sutton, the owner of Tradewinds Tackle, is often heard to say Ocracoke “is a ferry ride away, but a world apart.” Click the button below to see available properties.